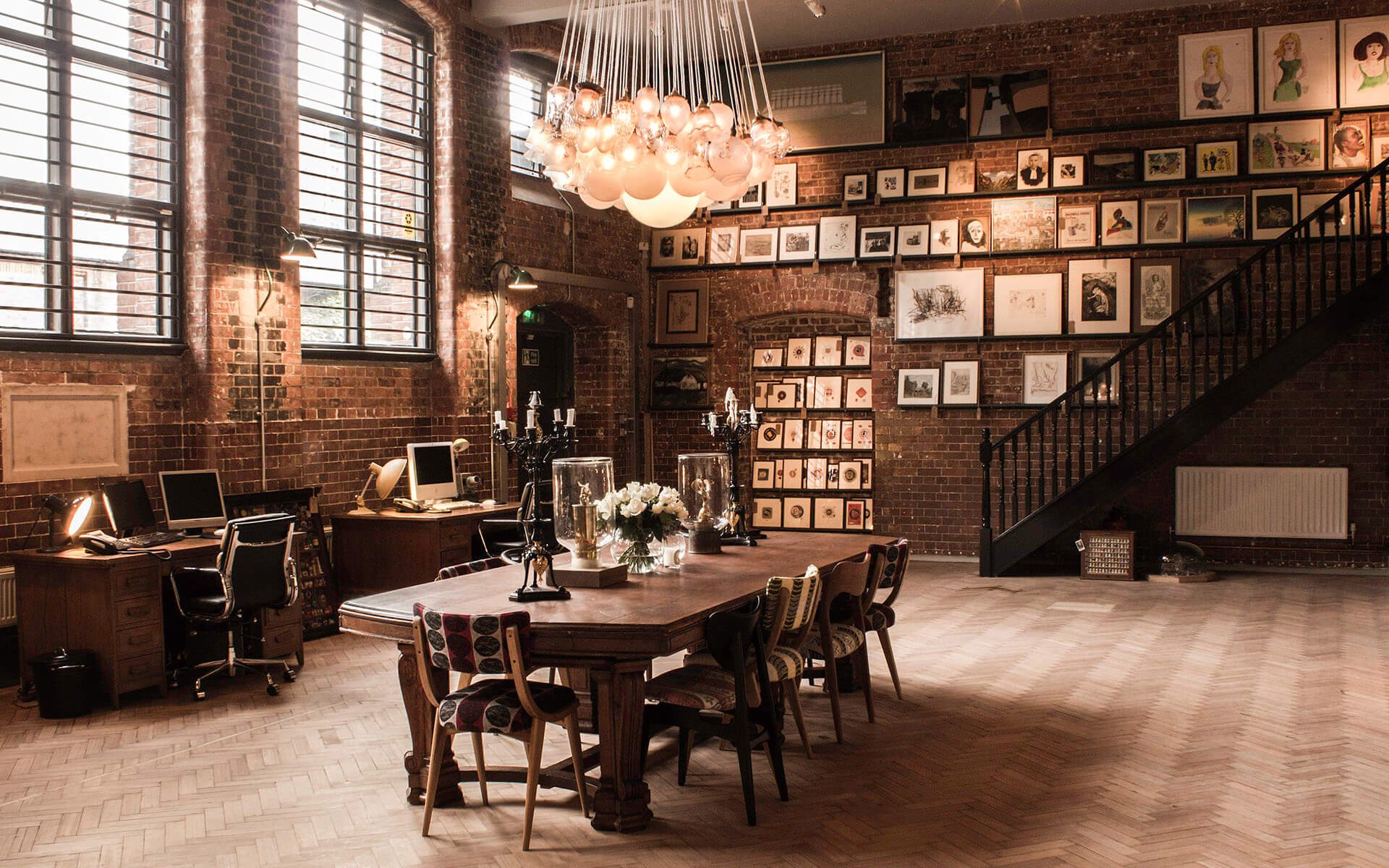 Based in an artistic quarter of Holland Bush, the studio’s own name for a pocket of London where Holland Park meets Shepherds Bush, Godrich HQ occupied a double-height split-level studio in a historically rich building called The People’s Hall.

Once home to artists, musicians, actors and activists, the space has even played host to bands including The Clash and Motorhead, who practiced in what was once a rehearsal studio.

Featuring exposed brickwork and original parquet floors, the team love to welcome clients into this creative environment surrounded by some their most treasured possessions. 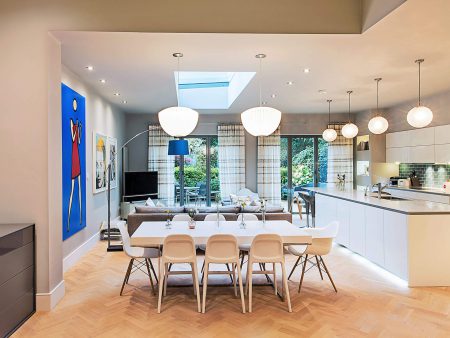 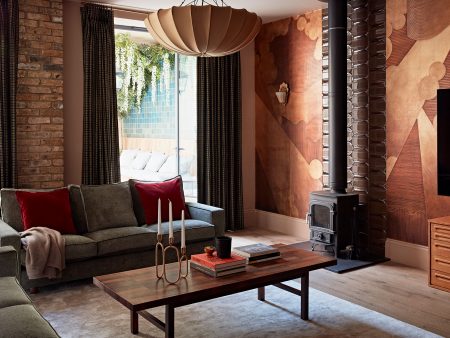